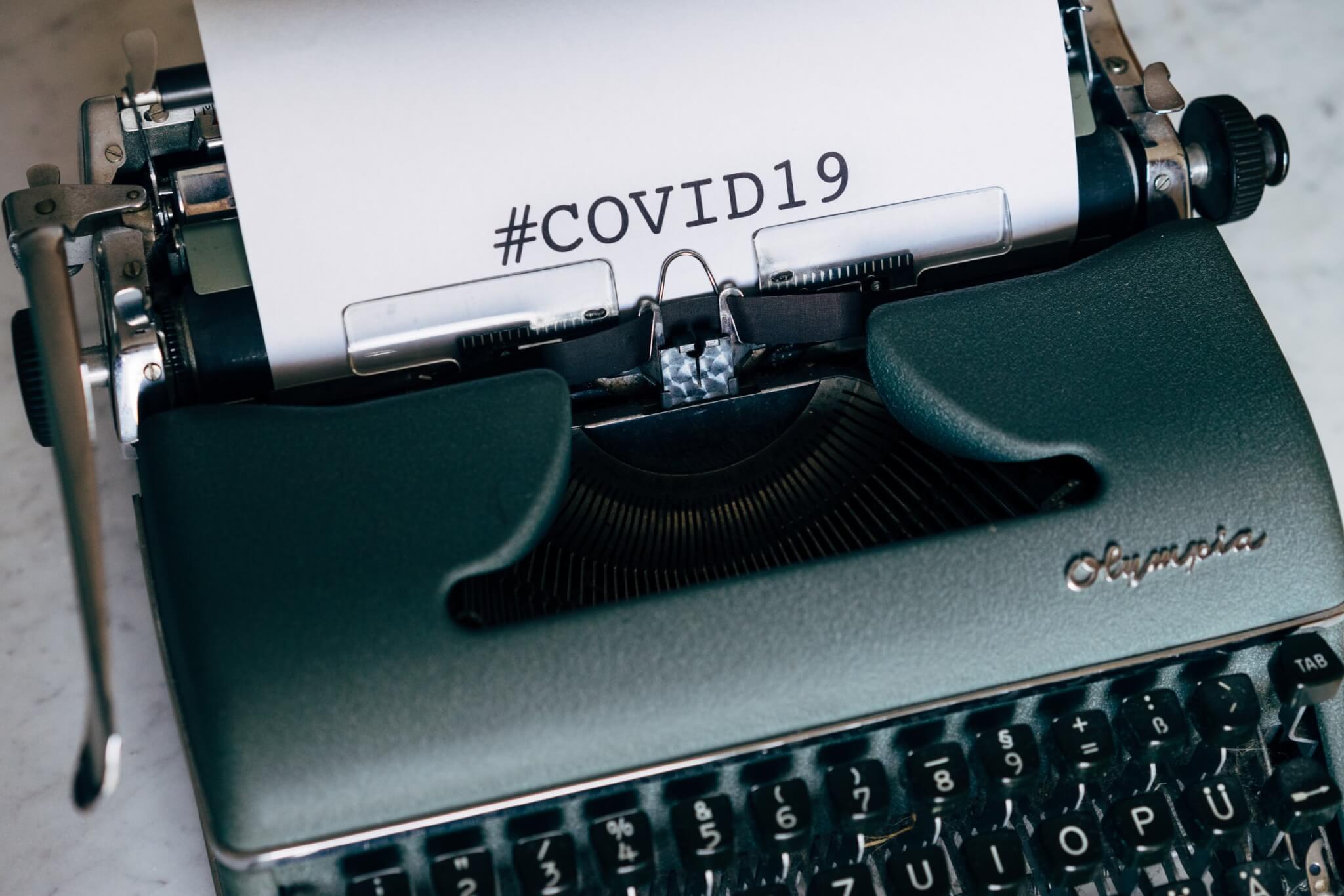 April 3rd, 2020 Posted by Giulia Uncategorized 2 thoughts on “COVID-19 & Financial Support Initiatives: An Overview”
Not more than a couple of months have passed since the day we received the very first news about the outbreak of Corona virus and we are now more than aware of the fact that its consequences are going to resonate for a long time.
The risk of getting infected brought almost every country of the world to introduce a forced quarantine, which on the one hand will hopefully help stop the spread of the virus, whereas on the other hand has been affecting and inevitably changing each aspect and stage of the society. People have been constantly asked to minimize social contacts and together with shops, cinemas, theaters etc. the majority of offices and working spaces closed their doors and opted for the home office solution for all their employees. Apart from the lucky ones who despite the quarantine are still able to work from home, a huge and always increasing number of people have to face a more brutal reality. In fact, they have been asked to settle for reduced working hours, silently subscribing to the fear of losing their job someday. What seems important to bear in mind is that behind an employee who is now working part-time there is an entire business that is struggling its way out of this brand-new crisis. They say desperate times call for desperate measures: this idiomatic phrase could not picture the current situation any better. But at the same time, it is somehow reassuring to see that governments are trying to come up with new guidelines to help and support each part of the economy. The main focus of this article is to humbly sketch and describe all of those measures governments adopted to keep medium and small businesses alive.  Although every nation on a global scale sadly feels the effects of COVID-19s consequences, the next few paragraphs are going to address the financial strategies adopted by Italy, Germany, Spain, France, Portugal, Greece, United Kingdom, USA and Australia, the main countries of the Smoobu community.

Italy, one of the most suffering Mediterranean countries at the moment, came up a couple of weeks ago with a long list of procedures to be adopted in order to contain, if not completely avoid, a deep financial fallout that the present pandemic has been set in motion. With the aim of ensuring some sort of happy ending to small and medium businesses, President Conte approved the following regulations. To start with, the Italian state has guaranteed companies up to 3 Euros billion, also allowing them for the next 9 months after the legislation a maximum of 5 Euros million loans to pay all the potential debts that have been piled up. And for all the businesses whose revenues have been affected by the crisis, it has been displayed a financial credit that could cover the 80% of the losses.
Read more at: https://www.corriere.it/economia/lavoro/cards/congedi

For what concerns the measures the German state has taken, it is first of all necessary to remark the fact that Germany, being a federal republic, has developed a common help program which can vary a little from state to state. Simply put, citizens who work in the small and medium business area can apply for help in the form of a non-repayable credit from 5000 up to 9000 Euros, depending on the Bundesland they live in and how big the company is. In addition, there is also the opportunity to get credit lines opened, all of this sponsored by the state. Financial programs for freelancers have been set up as well, and for further information it is strongly recommended to check the website pun in the Biography section.

President Macron established the following measures to support the French businesses, especially all those companies with less than ten people, who can now benefit from part-time unemployment. In fact, they will receive between the 84% and 100% of their net salary, they will stop paying all the direct taxes related to rent, gas, electricity, and water, and this is also addressed to all those freelancers properties owners. When in risk of bankruptcy it has been organized a direct help program which can cover up to 2000 Euros. Freelancers can now apply for a credit line sponsored by the state in order to help with the cash flow.
Read more at: https://twitter.com/EmmanuelMacron/status/1245271305882079242

In Portugal, if you are CEO of a company with a maximum of ten people you can now request a loan according to the number of the employees. The government set up a sum of 750 Euros per employee which can be extended up to 20.000 Euros and be granted for 3 months. The provided support does not bear interest and can be repaid within 3 years, including a 12 months grace period.
Read more at: http://www.turismodeportugal.pt/pt/Noticias/Paginas/turismo-de-portugal-lanca-medidas-apoio-setor.aspx

Spain has come up with a set of new actions that are going to safeguard small and medium businesses as well, which can vary from region to region, in a similar way to Germany. For example, Castilla and Leon provides banking liquidity support up to 40.000 Euros to all freelancers and micro-enterprises for a maximum of 36 months, including one year grace period. Furthermore, the region decided to help the most affected sectors of its economy, among which tourism: from now through the next 48 months the government ensures financial support directly proportional to the needs of each company asking for help.
Read more at: https://empresas.jcyl.es/web/es/lanzadera-financiera/medidas-financieras-ante-crisis.html

Several measures are being taken by the Greek government at the moment. Companies are allowed to suspend payments until the end of August 2020 of VAT due debts, as well as installments of confirmed debts, which were to be paid to tax authorities by 03/31/2020. For installments of outstanding debts to the tax administration to be paid in March, a 25% discount is allowed if paid in due time. Furthermore, insurance contribution expenses for employees and employers can be suspended from March until the end of September. Individuals can also apply for additional help of 800 Euros for a 45 days period and full coverage of insurance contributions, on nominal wages, for all the ones whose employment contract is suspended for the time being.

Last but not least, a brief overview of what is happening in the English speaking countries mentioned in the introduction to this article. The United Kingdom approved a 10.000 GBP plan that is going to aid small businesses together with a grant funding of 25.000 GBP for retail, hospitality and leisure businesses with property with a rateable value between 15.000 and 51.000 GBP. Additionally, it has been organized a new lending facility from the Bank of England to help support liquidity among larger companies, in order to help them bridge COVID-19 disruption to their cash flows through loans.
Read more at: https://www.gov.uk/government/publications/guidance-to-employers-and-businesses-about-covid-19/covid-19-support-for-businesses

In the US it looks like a $2 trillion package was passed in the Senate but is not available as Benefits yet. The so-called SBA (Small Business Administration) has guidance for businesses and is offering low-interest Economic Injury Disaster Loans businesses and no profit which have been impacted by the effects of the current pandemic.
Read more at: https://www.usa.gov/coronavirus

The Australian government launched a provision that provides small and medium businesses with temporary cash-flow support of up to $ 100.000 and a new set of more flexible rules has been put in place for all the other businesses which have been already facing financial distress due to the spread of the virus.
Read more at: https://treasury.gov.au/coronavirus/businesses#cashflow
With that being said, we would like to stress the importance of not losing hope during these days, even if it can be quite a challenge. Since all governments around the world look aligned with help programs, there should not be room for despair: anybody, from CEOs to employees, who is in need of financial support must not forget that there are many helping hands to be given.

This site uses Akismet to reduce spam. Learn how your comment data is processed.

Our Company
Software
Functions
Other